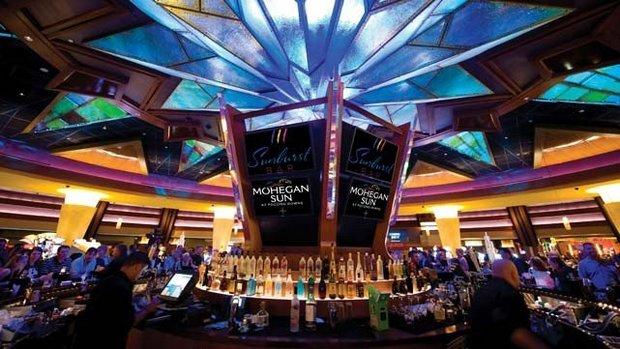 Two employees as well as a patron of the Mohegan Sun Pocono have been accused of running a slot machine scam.

There are three very sneaky thieves that have been accused of running a scam from the inside in order to steal close to 420 thousand dollars from a casino that is located in Pennsylvania, according to the Pennsylvania state police.

Between the months of May 2014 and April 2015, three people two of the three which were employees of the Mohegan Sun Pocono located in Luzerne County partnered with the third person in order to get free plays on the slot machines within the casino.

Poszeluznyi then would pass this information onto the other employee of the casino Robert Pellegrini the vice president of player development who is from Mountain Top.

The next step in this intricate arrangement was that Robert Pellegrini would than take this information and create a duplicate player card, as he did this he would put extra slot play comps on the card before he passed the card to the third and final player of the scam Mark Heltzel from Dallas, Pennsylvania.

Mark Heltzel which is the only one the three who did not actually work for the Mohegan Sun – would then take the card and use up the extra comps, hitting it big at the slot machines.

In the end these three scammers used a total of $480,000 in free slot play, which netted a total of $419,000.00.  The Pennsylvania State police state that all three are expected to turn themselves in to the police in order to face arraignment during this week.