What Can You Do When You Get Gas in NYC? 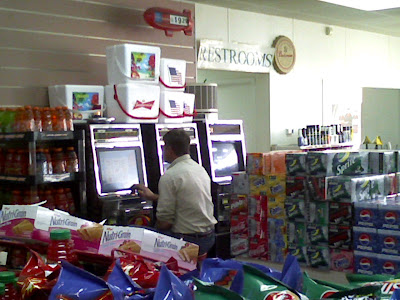 Gambling is open throughout NYS and many are taking advantage.

When it comes to the world of poker, you’re able to get more out of getting gas when you stop at the station to fill up. You’re able to play some slot machines when you stop. This is a new thing and one that just started after the bill to have slot machines and table games come to many different portions throughout the state of New York, so now gas station operators are figuring that they are going to cash out on this newly passed bill and put a little something for those that come in to give it a try.

Not only this, but other convenience stores throughout the state are also putting in their mini casinos on different floors. This is a new thing, and one that so many people have already stopped to check out along their way. Whether you live nearby one of them or you’re just passing through the town, you can make sure to stop and find out if you’re a winner at one of the machines. One of the convenience stores, SavOn, added a whole new wing devoted to this type of slot machine gaming in Canastota and they are happy to announce the opening of it.

So many people think that the opening of these machines and the pass of the bill is going to be a good thing, but so many people are also worried that they can do more harm then good, especially to some of the nicer neighborhoods in the area. When it comes to regulating who is able to come in and play, they put it in a private area that is age restricted to only those that are 18 years or older with a valid license. There were slot machines in many of the buildings in the past, but currently they had to remove them and now they are happy to bring them back as part of the store.

We will continue to update you throughout the time as more of these additions are made in gas stations and convenience stores across the state. Where once they were illegal, now they are a big part of the area.