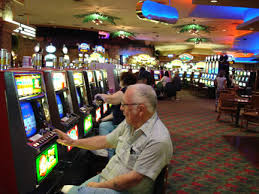 This study that was published this month is the first to study what is known as the “slot Machine zone,” it establishes the idea that the slot machine is the game of choice by those who have a gambling problem due to the continues play style as well as the fast pace enhances the state where the player can zone and escape from their feelings of being stressed, their low mood, or even boredom.

The lead author of the study, Spencer Murch states that the slot machine is one of the most popular forms of gambling that takes place worldwide, but they are also the game that is most consistently linked with those who have a gambling problem.  Through this research they are trying to understand why slot machines have become the preferred game for those who have a gambling problem, they hope to have the potential for improving the gambling policy as well as designing these games that promote a more responsible play.

For this study, the researchers had to recruit two groups of participants; the first group was of students that many of them were playing a slot machine for the very first time, while the other group contained slot machine gamers that were experienced.

For a total of 30 minutes each group played at a real slot machine.  Players were instructed to press a button whenever they saw a white circle turn into a red square.  After they had played for the allotted time of 30 minutes they were all asked if they felt as if they lost time or zoned out while they were playing.  During this time those who were conducting the research also kept track of the participant’s heart rate for any changes.

Within both groups of participants, they found that those who were in a high risk group to becoming a problem gambler, reported zoning out during gaming.  Among the group that contained experience gamers, those who were more likely to have a gambling problem were those who actually missed the changing shape due to zoning.