Slot Machines Fading Away Cause of Concern for Atlantic City 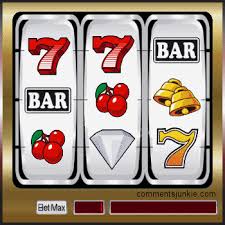 Atlantic City is seeing a downturn in the people that come to play in their casinos, are slot machines to blame?

When it comes to the closure of many different Atlantic City casinos, some say it is the decline of the missing slot machines in them. This is because many of them were not being used, so the casinos downsized and made sure to take those that only were not being played as often. This made the company get some extra cash – but not enough to save their casinos.

More and more casinos are now wondering what to do, as they rid their floors of some of the slot machines that they have. The casinos that once held 300 or more are now down to the 100s and going further. Many customers that have stopped there to play slots are speechless at what they find when they do show up and many of the slots have been moved and taken away – it is something that they didn’t think would happen.

However, in the years past – Atlantic City was almost as popular as Las Vegas and many people would visit the area to do the gambling and casino thing. Now, more and more people are looking away from going to casinos – because it causes a lot of monetary issues. With the recession having ended, many people are re-building from what is left and are finally getting back on their feet – they do not want to risk putting their money out there, only to lose it all.

With this being said, a lot of people are saying that the downsizing of the slot machines in many of the casinos is why many of the previous visitors do not go back. Even though there are still some there, some of their favorites have been taken away. Perhaps they were the only people to play those particular machines, but whatever the cause – the casinos are seeing an even bigger decrease in the amount of players through their doors and they do not know how to stop this decline.

This is something that they are trying to boost back up and save what they have left, but maybe Atlantic City is over and they have seen better days in the past.