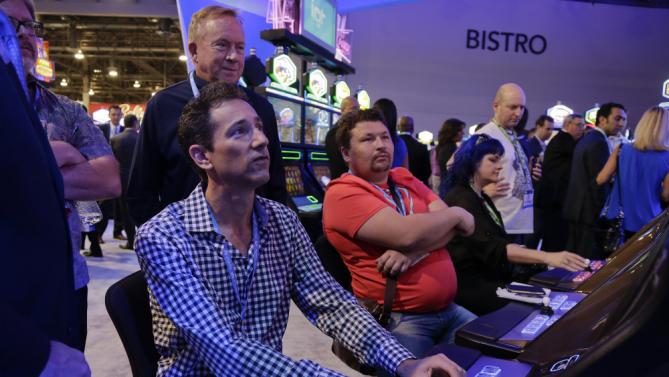 The slots are going to have a whole new makeover.

Nevada is not any closer to seeing the possible industry-changing games on any casino floors by the end of a conference that was held on Thursday August 6th 2015.  This meeting lasted more than two and half hours that included the debate of the regulations on a skilled based slot machine.
The Gaming Control Board was the lead in its second meeting that was held in Carson City regarding the regulations that will accommodate the technology that was accepted by the Legislature earlier this year.
There were obvious differences within the projected rules and language that was offered by Senate Bill 9 sponsor Association of Gaming Equipment Manufacturers and the Control Board. There were suggestions also that were made by numerous slot machine manufacturers and technology providers on the diverse proposals.
Control Board Chairman A.G. Burnett stated that he hopes that these differences will be ironed out before the meeting that will be held in September.  At this meeting he has high hopes to take action on the changes to the regulations.  After Control Board makes a suggestion for a regulation, the regulation must then be accepted by the Nevada Gaming Commission.

Within the United States, Slot machines are based on chance not on skill. Regulators as well as the gaming manufacturing insiders expect to have these games on the casino floors by the year’s end. These regulation changes would permit the addition of an arcade-style video element to the conventional slot machines. The recommended regulations will characterize a game of skill, as well as a game of chance and a hybrid game that incorporates both skill and chance.
Regulators stated that they want the slot machines to contain descriptions of the a range of skill-based fundamentals so that the patrons will understand the rules as well as how they may earn bonus points and/or jackpots.